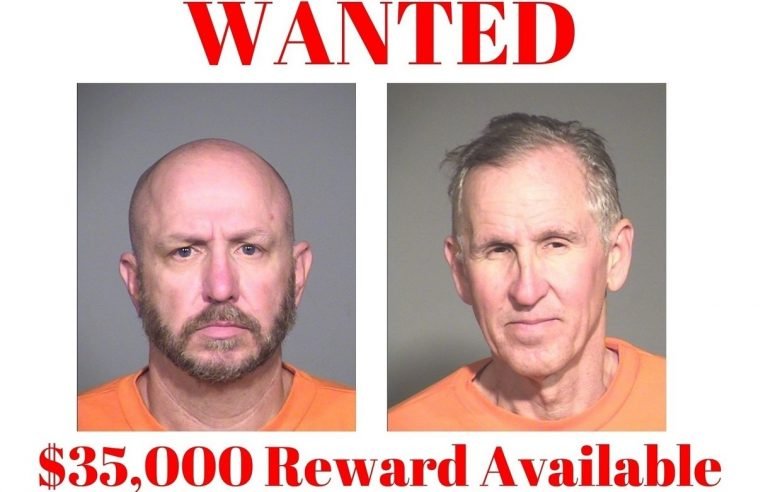 Two men escaped from the ASPC Florence Complex-South Unit. The men were able to obtain secured tools to breach the security fences.

Arizonans awoke early Sunday morning to learn that two medium-custody incarcerated men had escaped from the ASPC Florence – South Unit. The carceral system in Arizona and abroad is built upon the foundation that those convicted of crimes, especially violent crimes, must be secured in order to ensure public safety. It is the most basic yet most critical function of the Arizona Department of Corrections, Rehabilitation, and Reentry (ADCRR) and in this, they have failed Arizonans once again.

Due to significant infrastructural decay and dilapidation and the correlative costs to repair the antiquated facilities, coupled with the enormous staffing shortages at the neighboring Eyman Complex, also located in Florence, Arizona, Governor Ducey announced in early 2020 that he was closing the Florence Complex. As a result, those incarcerated would be transferred to other facilities throughout the state. As of this date, only North Unit has been vacated while Central and South units are scheduled to be vacated in the near future.

According to Deputy Director Frank Strada during a press conference held on Sunday, these individuals knocked over a wall-mount air conditioner and entered a tool room to obtain bolt cutters, wire snips, and lineman pliers. They were then able to cut through security fencing and escape the unit. This simplified narrative is unconvincing as it is standard ADCRR policy that all instruments are kept separate and apart from the incarcerated population.

In the ADCRR, tools are separated into class A and class B categories based upon their ability to defeat security equipment or their ability to cause harm to individuals. Class A tools, the category of tools utilized by the escapees, require a redundant security system, meaning that they’re not only locked behind a door, but there are additional locking mechanisms securing the tools. After the tools were obtained, they had to be transported through multiple other security measures including extensive video surveillance, multiple rows of fencing, seismic and other motion detection, and vehicular perimeter monitoring.

The number of security failures that had to occur for these individuals to facilitate the escape is staggering. The narrative presented by the ADCRR to this point appears to be selectively factual and ultimately a strain on credulity. This escape represents a complete and total systemic failure for the ADCRR.

The ADCRR has been riddled with an increasing number of deficiencies in recent years, including the Lewis Complex lock-failure incidents, the United States District Court finding ADCRR in contempt of court , whistleblower complaints and allegations of retaliation by the department, staff and inmate suicides, financial irregularities, prior escapes, riots, unexplained deaths, the failed response to the COVID-19 pandemic, no substantive decline in the recidivism rate, the rapid retirement of the former director, massive understaffing and attrition rate, the lowering of the hiring age to 18-years old, and the institution of unconstitutional policies attempting to limit press access to staff and inmates. Arizona families and taxpayers are paying in excess of $1.3 billion annually for this failed system.

Full transparency and accountability of this immense executive agency is more critical than ever. It is long past due that we create a robust and independent system of checks and balances on the operations of the ADCRR. Representative Walt Blackman (R-LD 6) has introduced House Bill 2167 and Representative Diego Rodriguez (D-LD 25) plans to introduce similar legislation which will establish an independent ombudsman’s office with the power to inspect prisons, recommend and monitor improvements to prison conditions and facilities, and help resolve prisoner, staff, and family concerns.

ATAC, along with many lawmakers, advocates and other reform organizations such as Families Against Mandatory Minimums (FAMM), American Friends Service Committee-Arizona (AFSCAZ), Arizona Justice Alliance (AJA), ACLU-Smart Justice, and the S.T.A.R.T. Project support increasing transparency and accountability in the Arizona Department of Corrections, Rehabilitation, and Reentry.

Please see our legislative resource page to find ways to support comprehensive oversight legislation. We must all take action to bring transparency and accountability to the Arizona Department of Corrections, Rehabilitation, and Reentry.